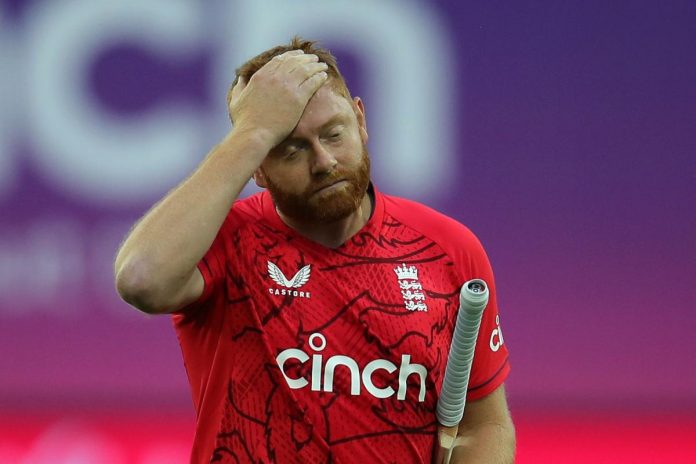 If you see the above picture then you can see the name of Jonny Bairstow in the squad. However, England has updated its squad.

Initially, Jonny Bairstow was named in England’s 15-man squad for the T20 World Cup. However, after sometime the news came out that Bairstow will miss the T20 World Cup in Australia after suffering a suspected broken left leg while slipping playing golf. Bairstow announced his injury on his Instagram account.

The unavailability of Bairstow wil be a huge setback for the England Cricket Team and might be a blow for England’s chances in Australia.

In the last few years, Bairstow has emerged as one of the most destructive batters in white-ball cricket. In the upcoming tournament, he was all set to open alongside captain Jos Buttler after opening batsman Jason Roy failed to get a place in the squad. Bairstow was crucial for England’s winning campaign in 2019 50-over World Cup. He scored centuries in decider games against India and New Zealand and took his country to the final.

In place of Jonny Bairstow, England picked Alex Hales in the side for the upcoming T20 World Cup. He will make a comeback to the national team after three-year-long exclusion.